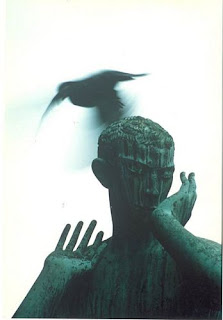 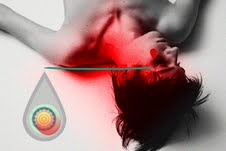 Warsaw – The 2010 ILGCN world conference/festival took place July 16-18 with seminars, performances, film screenings and art/photo exhibitions at the gay club Fantom and culture club Rasko – as well as participating in other alternative Europride events, the Rosa Rose European LGBT conference and with an ILGCN float in the Europride parade.

“We were proud to have the ILGCN back again in the Polish capital exactly 10 years after the world conference event here,” says ILGCN co-ordinator, Slawek Starosta.

Stockholm – The ILGCN Information Secretariat and allies have been hosting seminars on rainbow culture and international solidarity at a number of Swedish events during the year -- including the LGBT Festival in the west coast city of Gothenburg, the Rainbow Festival in the city of Eskilstuna west of Stockholm, at Stockholm Pride at the end of August and a “Congratulations Cabaret Salute to Warsaw’s Europride” event in early August also in the Swedish capital.

The seminars were complemented with Nordic rainbow music, films and art and photography from the ILGCN and the Tupilak (Nordic rainbow cultural workers) Sweden’s Peter Fröberg travelling exhibit – including new contributors from Belarus and Cuba. at Stockholm’s Warsaw Salute (Continued on page 3)

St. Petersburg -- September 16-25 of this year, the International Festival of Queer Culture is coming to St. Petersburg, Russia for the second time. This is a non-commercial project whose goal is to promote tolerance and diversity and to attract society’s attention to the problems of homophobia and transphobia in Russia through the language of art. (Continued on page 2)

Budapest Trio – among performers in Warsaw

(Continued from page 1) with other LGBT activists

“Together with the Belarus delegates here in Warsaw, we have planned a near-future ILGCN event in Minsk to help break isolation of the LGBT community in this the last dictatorship in Eastern Europe,” says Lukasz Palucki, secretary general of the ILGCN Eastern Europe Secretariat-Warsaw.

“We were very happy to play our music both for the ILGCN event and for the Rosa Rose meeting,” says Thomas Lovas , ILGCN Hungarian cultural ambassador along with the other members of the classic Trio music group.

“It was good to join in ILGCN events after our Berlin and Stockholm conferences,” adds Jessica Jayne Maertin, ILGCN cultural ambassador from the Czech Republic, who described the cultural scene at her adopted home country and got both ILGCN participants and others involved in folk dancing.

“Because of the Icelandic volcanic cloud disrupting air traffic in May, we decided to postpone this year’s planned conference stage in Istanbul/Ankara to May next year and for personnel reasons, the same with the planned conference stage in Crimea, Ukraine until May 1-4, 2011,” explains Bill Schiller, secretary general of the ILGCN Information Secretariat-Stockholm. The Warsaw gathering also approved new ILGCN cultural ambassadors from Belarus, Canada, Turkey, Israel and Nigeria.

At the conference, Bill Schiller of the ILGCN and chairman of Tupilak (the Nordic rainbow cultural workers) handed out Tupilak’s 2010 “Bifrost” award honoring heterosexual support of the LGBT rights struggle to Wojciech Filemonowicz, chairman of SDPL (Socjaldemokracja Polska - Social Democratic Party of Poland.) for the strong support of the LGBT community in Poland. Sharing this year’s award is Sweden’s Thomas Hammarberg, human rights commissioner of the Council of Europe, who is to receive his award diploma in person at a later date.

(Continued from page 1) Queer Culture Festival is one of the largest openly queer events in Russia.

Last year, it attracted over 3000 people and went on without any obstacles from the Russian authorities, right extremist groups, or any other interruptions. This year, the organizers hope to attract even more attention, peacefully and lawfully, to the issues that affect LGBT people.

“We think the Festival is positive and valuable experience for all of St. Petersburg and Russia. Our goal is to make it happen. If it’s not allowed to proceed, it would be a loss for the city. Our message is that of tolerance and respect for human rights and each other - that should not be too scary,” says Polina Savchenko, the Festival coordinator. “When a question if I wanted to participate in the Festival came up, there was no hesitation. I definitely said yes directly,” says Jay-Jay Johanson, popular Swedish musician and guest star of the Festival. “I wish the Festival good luck and I hope their voice will be heard all over the world.”

The organizer of the Festival is the St. Petersburg LGBT organization Coming Out http://piter.lgbtnet.ru ) with the support by the Swedish human rights organization Civil Rights Defenders (http://www.civilrightsdefenders.org). The festival’s program on the website: http://queerfest.ru/?lang=en

A report on the turmoil over LGBT literature in the western Ukrainian city of Lviv has reached the ILGCN Information Secretariat which we transmit to our supporters:

Lviv – In the Les Kurbas Theater in Lviv, during a literature marathon and poetry readings from the anthology of gay/lesbian literature "120 Pages of Sodom," --the first anthology of LGBT poetry and prose in Ukraine-- a large confrontation, accompanied by an equally large skirmish, took place: opponents of LGBT themes in literature "misunderstood the humor" of the publishers, and disrupted the event, which, incidentally, was a part of the larger Ukrainian Publishers Forum. The police cleared up the incident, but not without it resulting in the injury of a photo journalist from the internet publication ZIK.

120 Pages of Sodom was printed by publishing house "Kritika" (Criticism). Works by 30 different authors hailing from 15 countries from around the world were included in the anthology. Writerings from Ukraine, Russia, Belorussia, Poland, Hungary, Czech Republic, Slovenia, Uzbekistan, Germany, Austria, Scotland, Spain, Greece, Switzerland and USA were represented. All materials for the project have been translated for the first time into Ukrainian.

(Continued from page 1) Still planned for this year: participation in Umeå Pride in this northern Swedish city September 3-5, Uppsala Pride November 4-7 in this university city just north of Stockholm and the three-day salute to colleagues in Belarus and those in exile in Sweden and elsewhere in the “Culture as Opposition” focusing on the human rights struggle in this the last dictatorship in Eastern Europe in Stockholm on October 31, November 7 and November 14.

(a continuation of the report in the last Erato)

AMPHETAMINE – a not unusual love story between two Chinese men from Hong Kong, one of whom is rich and regards himself as hetero – and the other gay, but having just parted from his girl-friend desperately seeks love. The director, Scud, dedicated the film about sex, drugs, and love to all those who “live to love, but only end up losing the love of their lives.”

MINE VAGANTI (Loose Cannons) is not a rabble rousing feature film but depicts, with gentle humour, the history of an Italian family suddenly confronted with homosexuality in their midst. The family are owners of a pasta factory. Tomaso, who lives with his friend in Rome, returns to the family fold to tell them the “facts of his life” – only to beaten at the post by his older brother, Antonio – who was supposed to take over the running of the factory! The film carries the name of Loose Cannon because this is the nickname of the grandmother – who is said to talk too much.

VESELCHARKI – is a reportedly the first film „out of“ Russia which deals with the lives of men who earn their livings as drag-queens in nightclubs. The film shows the five men with different characters and backgrounds at work and in their free time, as well as the difficulties which confront them in daily life. Although not Oscar-ripe it is interesting when too long.

In Initiation (aka Blutfreundschaft = Blood Brothers) attempts to bring together two problems – young men attracted to fascist ideas and neo-nazism – and, homosexuality. Axel, the young man, as part of his initiation ceremonies into a neo-Nazi group is required to take part in an attack on a soup-kitchen and he stabs the organiser to death. In escaping from the horror of his deed he is befriended, and hidden, by Gustav an 80-year old homosexual. Gustav thinks of his young lover under the Hitler regime when he sees Axel. No uninteresting but no real plot. The, in his young years, very attractive bisexual actor, Helmut Berger, plays Gustav.

Is a not very exciting, but informative history of the Pride Day events in the unusual circumstances – Israel.

North America: Toronto michaelgfroerer@yahoo. ca.
Posted by webmaster at 6:31 AM

(Earlier awards have gone to humanists in Britain, Norway, Sweden, the Netherlands, Romania (which helped launch the Romanian Humanist organization!), Nigeria. Our award to the Nigerian Humanists was finally handed out in person in London this year at a GALHA ceremony. See Erato on ILGCN web site)

2. Our Nordic Rainbow Humanist folder is to be reprinted. Suggestions, additions, new photos? As
quickly as possible to Stockholm!

3. 2011: As usual, we will include seminars on “Humanists on the Rainbow Barricades” at the coming
ILGCN (International Lesbian & Gay Cultural Network) world cultural conference stages:

May 2-14: Ankara/Istanbul (Rolf Solheim from Norway will once again join us with his multi-media presentation!)

Sweden: We hope to have rainbow humanist seminars (or include humanism in our seminars on rainbow culture, international solidarity, etc.) at our traditional co-operation with Gothenburg LGBT Festival (May), Eskilstuna Pride (May), Uppsala Pride (September).

Stockholm Pride: We have been informed that a very good group of Swedish humanists are planning a major event at the coming Stockholm Pride!!

(Of course we offer any assistance but are very happy that this takes pressure off us. We have arranged humanist seminars at Pride House and elsewhere in Stockholm over the last few years with very fine response from the audiences and good discussions – often with visiting Nordic Rainbow Humanists from Norway, Iceland, Lithuania, etc.)

(Last year, our humanist seminar at Stockholm Pride House was one of our five Tupilak, ILGCN, NRH, seminars on rainbow culture, international solidarity, history, etc. For 2011, we hope to expand to other subjects such as “Rainbow Flags in Palestine…?” and “Rainbow Flags among the Roma-Sinti…?”)

4. GALHA – we will once again invite our London-based colleagues to join us on the Eastern European barricades as they promised. (A near-future meeting with GALHA…?)