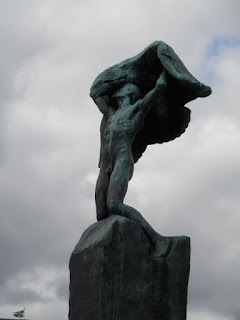 Stockholm/Budapest -- The second stage of this year's ILGCN (international rainbow cultural workers) World Rainbow Culture Conference will take place in the Hungarian capital in mid-October -- since the planned stage for Palanga, Lithunia has had to be postponed until 2016.  This follows the first stage in Stockholm May 4-6, 2015.

The event is to include presentations about the LGBT situation and culture in Belarus, Russia, Lithuania, Sweden, Norway, Hungary, Canada and other countries.   Also, poetry readings, music peformances, film screeings and art work from the Tupilak (Nordic rainbow culture workers) and ILGCN Travelling Art & Photo Exhibition with works from 50 countries.

"We are very pleased to have this event in Hungary at a time when voices even in our parliament are calling for more intolerance, homophobia and even the death sentence," says Tama´s Lovas, co-secretary general of the ILGCN Eastern European Secretariat.

"We are happy that our Norwegian colleague Rolf Solheim will join us with a presentation of LGBT rights and culture in his country and the long support of the world-wide Humanist movement for LGBT rights," says Bill Schiller, secretary general of the ILGCN Information Secretariat - Stockholm.  "We hope a number of other ILGCN cultural ambassadors and co-odinators -- both veterans and new comers -- will be able to join us"

One of the contributors will be Demeter Aron of Amnesty International - Hungary talking about homophobic hate crimes and hate speech in Hungary.
Canadian input will come from Robert Milkovich about the dramatically changing history of the LGBT movement in his nation and Mark Smith about the ILGCN-prize winning "World Pride - Toronto 2014" and Belarus contributions will describe the situation for LGBT's in this the last dictatorship in Eastern Europe and homophobic hate coverage in the state-controlled Belarus media.

Other Swedish participants include representatives from the Viking Bears -- denouncing old stereotypes of gays as being femine, disco freaks and hystericlaly outrageous -- rather than being people of all ages, all shapes, bearded or not, and of all professions including "Breakback Mountain"  cowboys.

Films will include the works of British-made "Hunted" by Britain's Ben Steele - about the entrapment and violence against gays in Russia,  "Euro Pride Riga 2015", the Frenchman Francoise Message-directed  "We Can be Gay Today" about the first gay pride march in Vilnius, Lithuania, "Rainbow Song" from Nasrin Pakkho about elderly LGBT people in Sweden and  "LGBT Monuments" by Swedish/Austrian Willi Reichhold looking at monuments honoring the often brutal and bloody history of persecution of LGBT people all across Europe.

"This is another 0-budget ILGCN event with no travel funds, but efforts will be made to find some private accomodation to avoid hotel costs," says Schiller.