Host a visitor from the Baltic states…?

Posted by webmaster at 3:57 AM

Swedish visit to the LGBT center in Tallinn
Tallinn -- The year's first Moonbow solidarity cruise from Stockholm across the Baltic Sea arrived in the Estonian capital on January 10 and inlcuded a visit to the new, downtown LGBT Center.
"We are working hard to gather a large Estonian LGBT delegatin to the 4th Baltic Pride in Riga," says Hanna Kannelmae of the center and of Estonian Gay Youth as well as a board member of the Balttic Pride committee working with the annual rotating Pride events moving from Tallinn to Riga to Vilnius.   "But of course co-operation with Sweden is also high on our list."
"We would like to arrange an Estonian LGBT delegation to Stockholm as well, says Eero Raun at the Swedish-Estonian meeting at the Tallinn center, which also displays a number of art work and photography of Estonian LGBT artists.
"I am very happy to add my work to Tuplak's travelling international art and photo exhibition," says Alice Tsymbarevich "....and I'm planning to visit Stockholm in the near future to join in an exhibition there."
"We are especially pleased to coontinue our contacs with LGBT collegues in Estonia -- contact we started even before the end of Soviet occupation," maintains Bill Schiller of Tupilak and the ILGCN.  "Afterall, Tallinn is Stockolm's closet capital city!" and Tupilak was created 20 years ago with the urging of second generation Estonians whose family had fleed from Nazi German and Soviet occupation that Estonia, Latvia and Lithuania are part of the Nordic family."
The next Moonbows cruise across the Balttic iis planned for Riga on February 7 and is also to incude a visit to the new LGBT center in the Latvian capital and to meet organizers of the Baltic Pride.
_________________________________________________________________________________________

Stockholm -- LGBT film themes  at the annual international film festival in the Swedish capital and nominations for Gold Bugs -- Sweden's equvialent of the Hollywood Oscars.

Getting wide publicty and much attention was the US-Iranian film  "Forbidden Love" by Iranian-born Maryam Keshavarz  about the struggle of two lesbians facing intolerance and homophobia, and the German film "Romeos" about a trans girl trying to act as a boy while falling in love with a gay playboy.
In the nominations for the Gold Bug, actress Liv Mjönes  was nominated for best supporting actress in "Love Stain" (in Swedish " Kyss Mig"  -- Kiss Me".  --  and find each other playing  young lesbian who ends a relationship after falling in love with a b eatuiful woman about to marry her long-term boy friend  with both women struggling to end their relationships.

Speaking to Erato, she said she was very proud to get the role and fell in love with the script when she received it.  She was also proud to be in Sweden's first feature film concentrating on adult lesbian relationships -- following the success of "Show me Love" ("Fucking Åmål" in Swedish) about two teen-age lesbians defying the intolerance of colleagues in the small Swedish town of Åmål.
The annual international film festival in the Swedish west coast city of Gothenberg -- Sweden's official  international festival and the biggest in the Nordic area, begins at the end of January and once again is giving high prirority to LGBT films.  More on this in the next Erato.
___________________________________________________
Year's first meeting in Stockholm 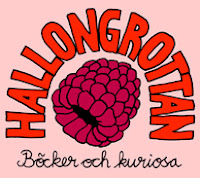 (Continued from page 1) Many LGBT (lesbian, gay, bisexual, transgender) people are closeted at their workplace, this leads to a decreased sense of well being and loss of productivity while at work. A conference in Stockholm, in August, will give Nordic companies and other organizations good advice on how to take advantage of the strengths in having a diverse workplace.

A diverse combination of employees is good for a business as well as the work environment. However, many LGBT people do not feel they can be open about their sexual orientation. This is shown in the results of a survey that Q-Factor made among 1280 lesbians, gay men, bisexual and transpersons in Denmark. One can generally assume these results apply to workplace culture across the Nordics as often countries in this region have a lot of similarities.

However, Q-Factor has begun a similar research in Sweden and results of this country-specific survey will be
presented at the conference.

“In the Nordics, direct harassment or discrimination is luckily seldom experienced, but nonetheless it can feel difficult to stand out. Only about half of the respondents are completely open about their sexual orientation or gender identity in the workplace. It is especially the employees in their 30s and 40s, while younger and older employees often hide their LGBT status. The answers clearly show that the people who are closeted use energy to hide this part of their identity and are, therefore, less productive,” says Pernille Steckhahn-Strohmer from Q-Factor.

"Many isolate themselves, " she underlines. "That it is not about colleagues talking about sex during lunch break. But it is normal to talk to the colleagues about what they have done during the weekend for instance. Here, many LGBT people avoid saying ‘he’ or ‘she’, if the talk is about their partner – or they isolate themselves, so they do not have to talk about their life outside the workplace. If they, on the other hand, can be themselves, they will feel like an appreciated part of the employee community and they can focus on their work instead of worrying about what information has been disclosed to various colleagues,” says Pernille Steckhahn-Strohmer.

One of the employees staying in the closet is a 24-year old gay man working in a large Nordic utility company in Sweden. “My colleagues have expressed disgust over homosexuals kissing in addition to joking about homosexual stereotypes. With these homophobic comments I don’t dare to come out,” says the 24-year old, who wishes to remain anonymous. He also mentioned that he does not know any “out” colleagues that he could look up to as role models.

The results from Q-Factor’s Danish survey show that companies gain loyalty by explicitly promoting their inclusion of lesbians, gay men, bisexual and transpersons. One example is that a company sponsors or participates in a public LGBT event, or that the company has openly homosexual management, who are role models for hetero- as well as homosexual employees.

The August 2-3 meeting -- the first Nordic conference and career fair -- at the Stockholm Mässan --will put the spotlight on strategies and tools that companies can use to take advantage of the strengths in having a diverse workplace, where lesbians, gay men, bisexuals and transpersons are also free to be themselves.

”If a company can break down visible and invisible barriers it can become a preferred workplace for all types of employees. Thus, the organization can choose among the most talented people and retain the competencies already present in the company. A true win-win situation,” says Pernille Steckhahn-Strohmer.

Q-Factor is a non-profit organization based in Odense, Denmark, which works towards equality in the workplace with a focus on lesbians, gay men, bisexuals and transpersons (called LGBT people). LGBT people represent five to ten percent of the overall population. See http://www.qfactor.dk/ .

The Forum is targeted at public as well as private organizations. See www.nordic-lgbt-workplace.org or search for Nordic LGBT Workplace Forum on Facebook.

(Continued from page 1) "LGBT communities on the Nordic islands face “brain drains” as islanders flee from isolation and small population sizes to the mainland – deserting the island where “coming out” is often difficult if not dangerous, where distances are far and travel expensive which hinders travel to other island and to other Nordic nations, where LGBT cultural events, companies and venues are often few in number and where  internationally-known LGBT cultural workers often skip tours to the islands – preferring  the bigger events in larger, mainland cities,” Schiller adds.

Another aim is to bring together LGBT activists and cultural workers from Iceland, Greenland, Svalbard, the Faroese and Åland islands, Öland, Gotland, the Danish island of Bornholm, the Gothenburg and the Åbo archipelagoes and the sprawling Stockholm archipelago – as well as mainland LGBT organizations which could do much much more to support LGBT island life.

1. Stopping the “LGBT brain-drain” to the mainlands.
2. Boosting LGBT cultural activities in the islands.
3. Increasing cultural and activist exchanges between the islands.
4. Getting more support from mainland LGBT organizations and institutions.
5. Supporting crucial LGBT business, companies, venues on the islands.
6.  Creating more LGBT-friendly and LGBT-owned facilities for the retiredand the elderly – encouraging more “exiled” islanders to return home.
7.  LGBT Humanists:  combating religious dragons on the islands,  and co-operating with the London-based international LGBT humanists in GALHA.
8. Diminishing  isolation – attracting internationally-known LGBT cultural workers and performers to venues on the islands.
9. Attracting international LGBT tourists to these islands which are among the most exotic, beautiful and least-exploited spots on earth.
10. Creating more LGBT monuments – following the example of Visby in Gotland  (see Tupilak website http://www.tupilak.org/).

﻿﻿
Nordic Rainbow Island Festival 2012
﻿﻿
“The preliminary plan is to hold stage 1 of this year’s island festival in Visby on Gotland in October and stage 2 in Reykjavik or Torshavn in November and the 3rd stage in Gothenburg in December. We  hope that such an event could help combat ugly homophobia in same places in the Nordic region such as  the Faroe Islands – illustrating that rainbow life in the Nordic zone is not just big parties and giant parades in the safety of big city security, but also at times a life-and-death battle between a handful of isolated activists facing arrogant, violence-prone neo-nazis and right-wing religious fanatics encouraged by an intolerant mass media,” concludes Schiller.
﻿﻿﻿﻿﻿﻿
The plan is to discuss festival plans at thete International Square in Visby during the giant, annual Almedalen politicians and human rights week on Gotland this July 1-8, and at the 1st Nordic LGBT Workplace Forum and  Career Fair in Stockholm,  2-3 August.
﻿﻿
﻿﻿﻿﻿
﻿﻿﻿﻿﻿﻿﻿﻿﻿﻿
﻿﻿﻿﻿
﻿﻿
﻿﻿﻿﻿﻿﻿﻿﻿﻿﻿
﻿﻿﻿﻿﻿﻿﻿﻿﻿﻿
Posted by webmaster at 4:31 AM