The "Iolaus" award for "courage and bravery" going to the Ukrainina Bears was announced and handed out to Ukrainian colleagues at the 20th anniversary celebration of the Norwegian Bamse Bears in the Norwegian capital on November 16, 2019, handed over by Bear International award committee members Peter Fröberg of Sweden and John Earhart, Bamse president.

The award is shared by the Moscow Bears celebrating their 20th anniversary  and the new head of the Polish Bears -- Tom Wiaria -- at the international Bear gathering earlier in November in the Polish city of Poznan. (The award is named after the ancient Greek male lover of Hercules.)

Also at the Oslo ceremony, this year's last award for Bear art was handed over to Mexican/Norwegian artist, Leon Espinosa.  In keeping with the ancient Greek homosexual themes, this award has been given the title "Hyacinthus" ( the male lover of Apollo -- the god of light and art).

Another event at the Oslo ceremony was the handing over of the new "Cernunus" award for international humanist work for the LGBT communities --  especially in Eastern Europe -- to Norwegian humanist and Bamse member, Rolf Solheim.  He shares the award (named after the ancient Celtic god of wildlife and sexuality)  with Sweden's humanist, Carl-Johan Kleberg, who received his diploma at the Stockholm event (mentioned below).

The 3 other Bear art diplomas were handed over earlier at the international Bear gathering in the Estonian capital at Bearty-Tallinn last April -- and went to Martin Petersen - USA/Portugal,  Kimmo Karjunen - Finland, and Stafan Zari´c of Serbia.
At the Tallinn event, John Earhart received the first Bears International award for international solidarity, travelling  and networking -- the "Calais" -- named after his ancient Greek lover, Orpheus -- both sailors on that famous ship, the Argo.

John Earhart of the Norwegian Bamse's addressed the October 28 session of the 4th Nordic Rainbow History & Culture Month/1st Nordic Pride in the Swedish capital about his international work with Polish, Russian and Ukrainain Bears.

He was also entrusted with a special Tupilak (Nordic rainbow culture workers) "Bifrost" (bridge-building bewtween hetereo and homosexual communities) award to be given to the Norwegian Embassy in Kiev for their support of the LGBT communities -- partly stimulated through contact with the Ukrainian and visiting foreign Bear organizations.   (Bifrost is the old Norse word for the rainbow -- linking the world of the gods to the peoples of the Earth.)

We are pleased to add that the Mr. Bear Europe Committee has also decided to create an annual Bear award --
"Mr. Bear of Honor -  Europe" recognizing exceptional commitment and support for Bear integration in Europe.  The first winner is Tom Siara of Poland -- co-winner of the Bears International "Iolaus" award of 2019!

The Bears International award team (with representatives from Sweden, Norway, Estonia, Russia, Belaus, Ukraine and Poland) -- also waiting for recommendations for the 2020  "Calais,"  the "Iolaus" and "Hyacinthus" awards. 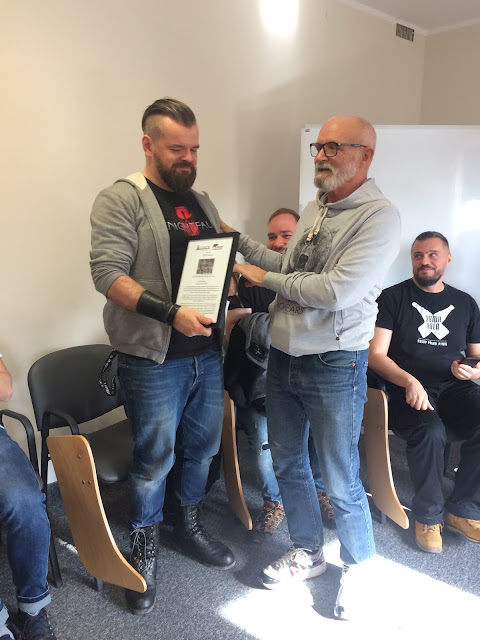 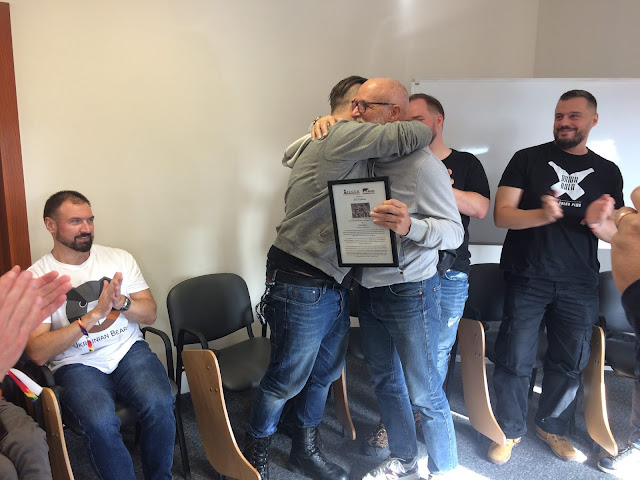 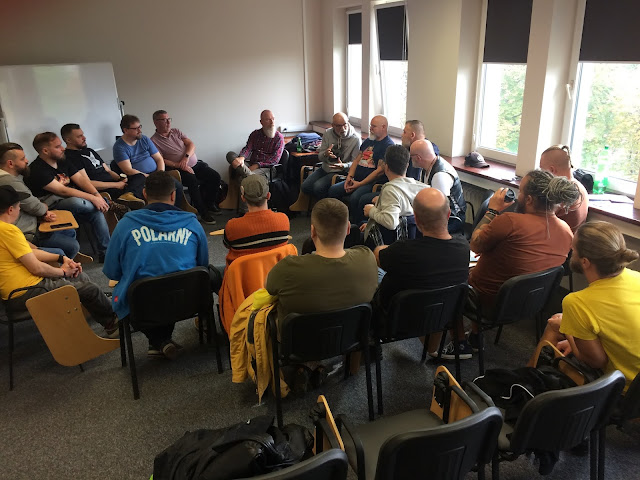 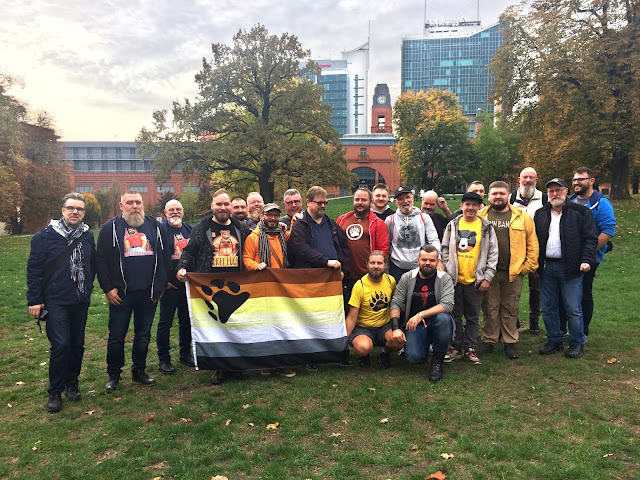 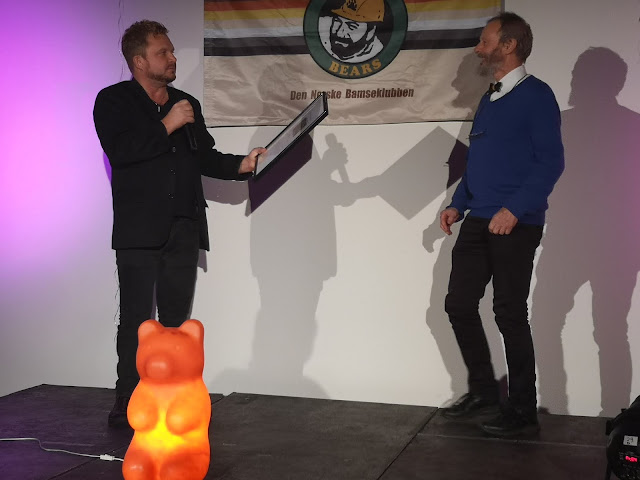 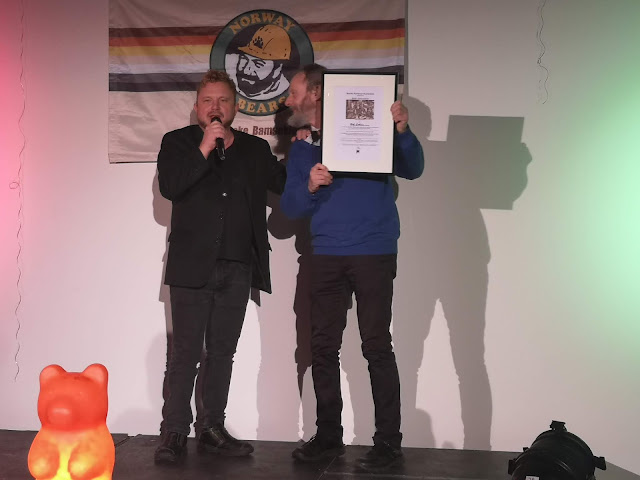 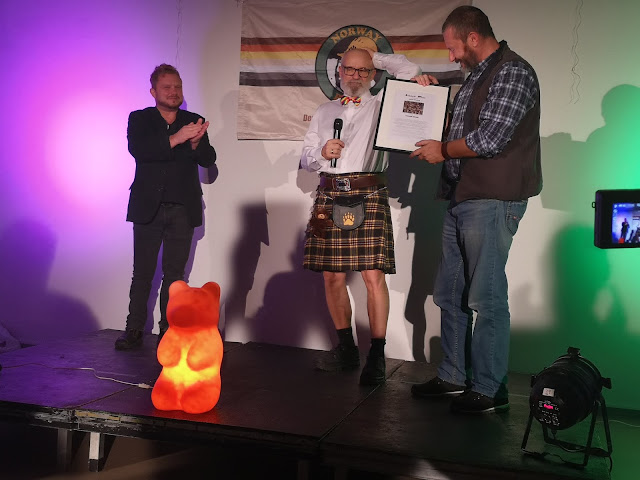 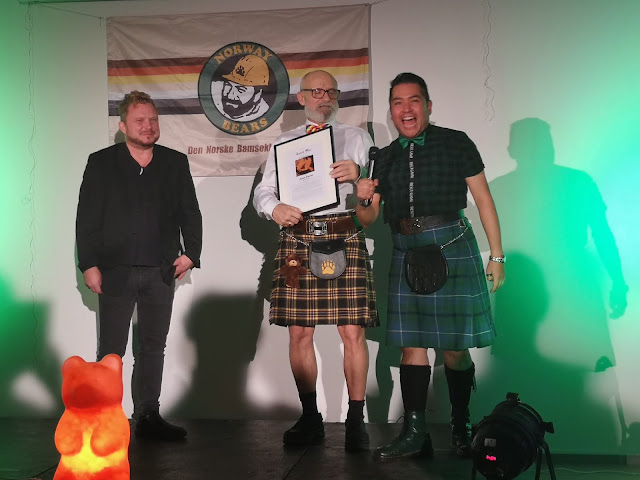