Stockholm -- The ILGCN 2014 Rainbow Warrior was presented to World Pride-Toronto 2014 (July 1xxxxx) at an ILGCN (international rainbow cultural network) and Tupilak (Nordic rainbow cultural workers) at a seminar on LGBT culture on the opening day July 30th of Stockholm Pride 2014.

"We believe this award confirms our feeling that both LGBT culture and political activism for law reform belong together int he battle for human rights," says Bill Schiller of ILGCN/Tupilak.
"In Tupilak, we feel that all culture -- art, photos, literature, drama, dance or whatever are essential for focusing on our identity and visibility," says Elinore Linén Strand of Tupilak.
"We of World Pride-Toronto are proud to receive this international recognition of our work," says Mark Smith of the World Pride-Toronto board of directors who came to Stockholm to receive the award.
"The Canadian Embassy is proud to be invited to this ceremony and believe that World Pride-Toronto was a great contributor to the struggle for human rights around the globe," says the Canadian chargé d´affiairs at the Stockholm embassy, Patric Hébert.

The motivation for the Rainbow Warrior award going to the organizers and volunteers of World Pride-Toronto 2014 was in part:... for giving supreme emphasis to international rainbow solidarity not only with the 3-day world lgbt confererence but also for continuing the policy of bringing an International Grand Marshal each year from different parts of the world to inform on their struggles and to help lead the giant Pride Parade through the streets of Toronto.... for giving the vital focus to LGBT culture -- not only in the seminars but also to the many happenings on the streets and in the venues -- confirming that LGBT culture is a powerful weapon against homophobia, silence and invisibility -- and is a vital part of the legislative and political battle for human rights - world wide.
... and for confirming that when the colors of the rainbow are stretched over geographic, psychological and cultural borders, they do not become weaker but instead more brilliant, more beautiful and more visible.
Both Stockholm and Toronto were candidates for World Pride 2014.

Stockholm -- The monthly meeting of the International Rainbow Seniors - Sweden met on August 4, the first Monday of the month, to discuss international LGBT co-operation, noting that the World Pride-Toronto received their award diploma in the Swedish capital and also offered an enormous array of LGBT cultural events free of charge to the participants and that the enormous parade did not end up in a fanced ghetto only for those who paid tickets but was open to all.Also at this event at the local of the Posiv Gruppen (men having sex with men), cultural presentations were made by photographer Elinore Lindén Strand called for an artistic challenge to the Sweden Democras denouncement of any artistic portrayl of the female vagina, poetry by Tomas Åberg, photography by Taiwan-born photographer Frank Lett and a photographic journey through Iran by photographer Willi Reichhold. 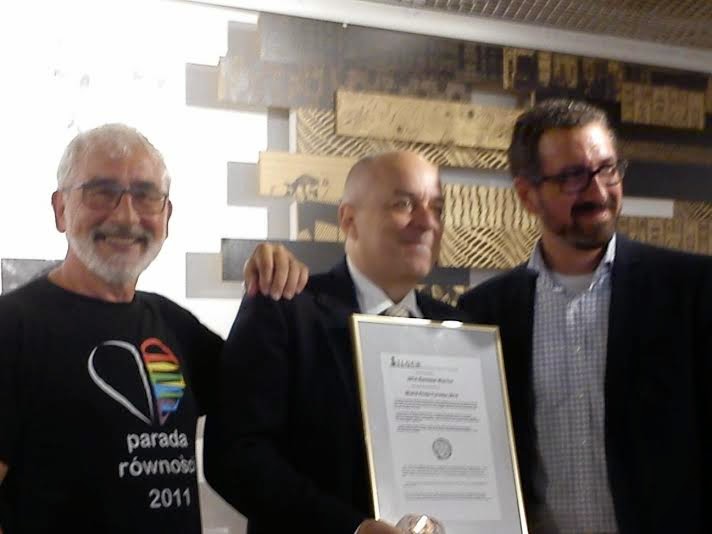 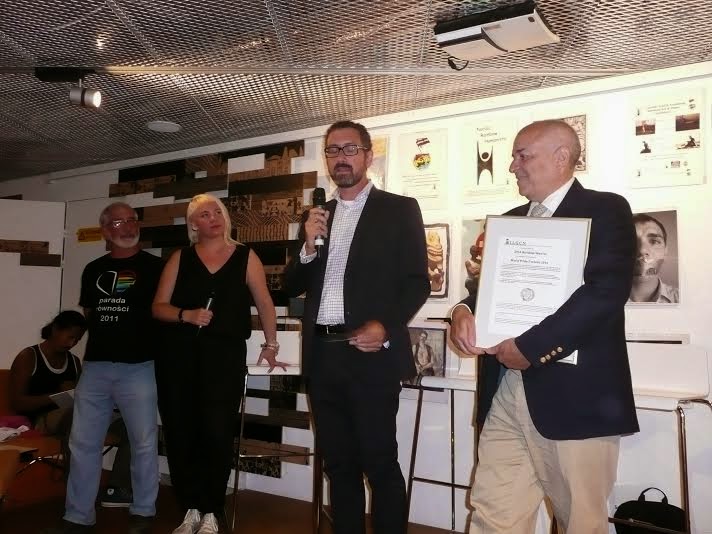