AWARDS AT ILGCN/TUPILAK EVENT IN STOCKHOLM

Stockholm -- At this the year's last Tupilak (Nordic rainbow culture workers) and ILGCN (international rainbow culture network) Information Secretariat - Stockholm in the Swedish capital on December 16, a number of award diplomas were handed out and announced.

Other awards announced during the event included the ILGCN Rainbow Warrior 2017 going to Finnish dancers and choreographers Tiina Lindfors, Eeva Soini and Lassi Sairela of the prize-winning ERI dance theater of the city of Turku/Åbo for years-long work often including LGBT elements in their dance and theater performances.  The 2017 award is shared with the for the Nordic zone unique Helsinki Gay Theater celebrating its 10th anniversary. At the Stockholm event,  Joachimof the Nordic Bears-Sweden described the prize award ceremony which took place recently for the theater crew at the Bear Park Café in the Finnish capital.

The ILGCN's "Arco Nordica 2017" for outstanding work in the Nordic zone is shared by the Icelandic Bears, "Bears on Ice" and the national LGBT organizationSamtökin ´78 of Iceland.
Salute to Swedish Singer/Actor Rikkard Wolff

The evening included a moment of silence for the last Swedish gay singer/actor Rikard Wolff with the playing of one of his songs. Wolff, who died after a years-long lung disease, earlier received Tupilak's "Thors Hammar" award.

The photo exibition displayed that evening honored some of the performances and Pride events by Swedish singer and song writer, Peter Fröberg, celebrating his 50th birthday year, including Pride events in a number of Swedish cities, in Minsk, Warsaw, Berlin, Oslo, Copenhagen and elsewhere  -- as well as the historic LGBT visit to Auschwitz with the presentation of the ILGCN  "Orfeos Iris" 2000 award for information about LGBT people in Nazi and other concentration camps.

** The award is named after the ancient Greek singer/musician who charmed the demons of the underworld and after returning to the Earth, turning his love to men, and the once-famous Russian singer Vadim Kozin - "the Soviet Tango King" who came out as gay after the revolution but who was banished from public life by Stalin and exiled permanently to Siberia. 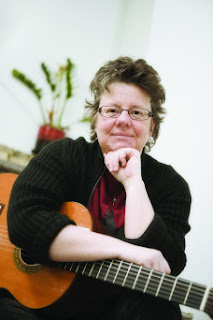 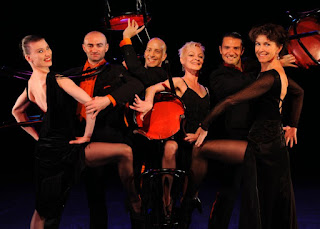 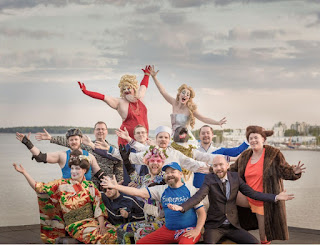 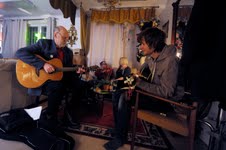 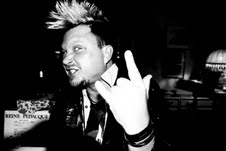 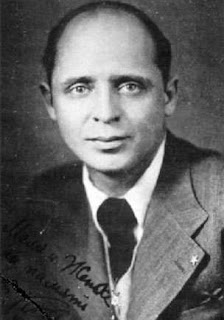