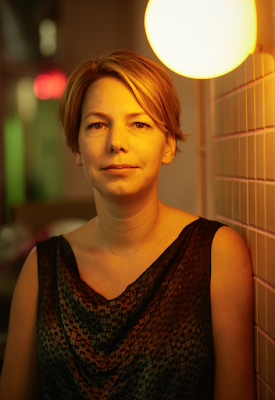 Stockholm -- The ILGCN (international rainbow culture network) 2020 ORPHEUS IRIS award diploma goes to Dr. Anna Hájková, the Czech/UK researcher looking at the victims of the Holocaust and especially the ILGCN victims of oppression and extermination.

The award diploma notes that many other film, exhibitions and other presentations of the Holocaust deliberately ignore the LGBT element . This included many media presentations even of this the 75th anniversary of the liberation of Auschwitz," says Bill Schiller of the ILGCN.

"We hope to hand over the award diploma at a Stockholm seminar this September," says Schiller.

The award has gone earlier to German and Austrian historians and researchers discussing LGBT presence in the Nazi concentration camps and neo-Nazi persecution afterwards -- and the Auschwitz Museum -- receiving the first ever LGBT delegation to the outrage of right-wing Polish parliamentarians and press and even the homophobic pope demanding in vain the dismissal of the museum boss.
The award is named after "Iris" -- the rainbow -- and Orpheus, the ancient Greek hero of astounding music soothing even the demons of the underworld -- proud of his love for both women and men -- something condemned by the younger, homophobic religions both east and west.

Dr Anna Hájková is associate professor of History at the University of Warwick. She is a Holocaust historian who explores queer desire in the Holocaust. As a first one, she has suggested we explore same sex relationships between Jewish victims in the concentration camps and ghettos, and examine the wide-spread homophobia in the prisoner society.

She has introduced the topic to national newspapers and radio in Germany, US, Israel, and the Czech Republic, as well as academic articles.

Currently, she is writing a book on an enforced relationship between two women in a Hamburg concentration camp: a guard and a Jewish prisoner. Hájková also serves on board of the Czech Society for Queer Memory
Posted by 1 at 12:42 PM