Budapest/Stockholm --  ILGCN's next international rainbow conference and culture event will be on July 3-4 as part of the opening days of Budapest Pride-2017.

"We hope that other ILGCN ambassadors, co-ordinators and supporters will join us for seminars, art and photo exhibitions and film screenings, " says Bill Schiller of the ILGCN Information Secretariat in Stockholm.   "Of course one seminar will be on the importance of LGBT History & Art Months in Budapest, London, Edinburgh and other cities -- and the 2nd Nordic Rainbow Culture Month - October, 2017 -- this time, in 12 Nordic cities on both sides of the Baltic Sea."

"This is especially important at this time when the dictatorial Hungarian regime is trying to close the liberal-orientated Central European University in Budapest -- the best in the country and the site of earlier ILGCN seminars on Nordic rainbow culture and history at the annual Budapest LGBT History Month in February," adds Schiller.

"We of course will also have Hungarian and other rainbow music at this July event," says Thomas Lovas, a member of the ILGCN cultural ambassadors of Budapest -- the folk, classic and musical-playing Trio Continuo in Budapest.

Vilnius -- At a international rainbow conference in the Lithuanian capital at the end of March, 2017, a new Belarus Bears organization has been formed to help combat stereotypes from Belarus media, politicians and homophobes that gays are weak, soft, "half men" and undeserving of human rights and respect.

It's named after the ancient Lithuanian word for "bear" -- "Lokys" - Belarus Bears.

The inauguration "ceremony" in Vilnius was attended by Belarus Bears and representatives from Bears International and Nordic Bears-Sweden. 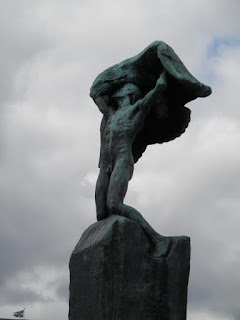