The themes included the importance of Bears on the rainbow barricades, co-operation with collleagues in Eastern  Europe, Bear culture in art, photography, poetry, films and music and future plans for Bear activities both in the Nordic zone and beyond.

The highlight of the Bear discussions was provided by visiting Norwegian John Earhart, head of the Norwegian Bamse Bear organization, and his focusing on exchange with Norway and support for the Bear organizations in Ukraine and Russia and elsewhere in Eastern Europe (see statements below).

"We also plan a future visit to colleagues in Belarus and want also to bring Bears in Poland into our activities," Earhart said.

The session was also informed about information efforts by Nordic Bears-Sweden -- providing a web portal for all Bear organizations -- both in the Nordic region and beyond -- displaying information on their coming Bear events.

Concerning future events, Earthart also encouraged participation in the next Bearty-Tallinn days in the Estonian capital -- April 11-14, 2019 -- which annually promotes different aspects of Bear culture -- art, music, films -- and attracts Bears from Estonia, Russia, Ukraine, Finland, Sweden, Norway and elsewhere and has guest Bear culture workers participating from France, the U.K., Canada,  USA and other countries.  The theme this time will again be Bear art and photography.

This 3rd Nordic Rainbow History & Culture Month October 2018 started in the northern Swedish city of Umeå, continued to the Estonian cities of Tallinn and Rakvere, followed by the Swedish city of Södertälje and then to Stockholm including the Bear culture festival..  3rd Month events will continue in Helsinki, Åbo/Turku,  Espo, Riga, Vilnius, Bergen and Oslo.
The next  Bear International Bear Culture & History Festival will take place in Budapest, in mid-April, 2019 -- following the Bearty-Tallinn days in Estonia.

More information coming on the exact dates and programs .

"Dear friends, we wish you wonderful days and sessions ahead, hearing and discussing how culture is and should more than anything else be used to stand proud and help spread the pride - especially for those who cannot speak openly for their own rights.

Tallinn-Bearty keeps going because our mission is to advance equal rights, both within the Bear community and beyond its borders.

Let’s do it!”   Have a great session these days and let us know how it goes, hugs!

We are Moscow Bears Club - the first Bear group in Russia since 1999.

Next year we will celebrate our 20th anniversary. And we are so proud to have a big friendship with other Bear clubs in Europe.

We do a lot for Bears in Russia to feel more freedom, for more communications. Organizing weekly and monthly Bear meetings and parties in Moscow. For the last 2 years, we are also having elections of Mr Bear Russia.

So, we need more support and are ready for working together with other Bear organizations.

Together we are power! And welcome to Moscow! Woof!

From all my heart I would like to send greetings to all the participants of the 3rd Nordic Rainbow History and Culture Month!

Living in highly homophobic realities here in Belarus, LGBTQ journalists and human rights defenders get united in modest efforts to improve the situation in our country with the support of all good-willing people and initiatives from Belarus, Sweden, Canada, Hungary, Latvia, Lithuania, Great Britain, the United States and other countres of the world.

Supporting each other, showing our personal stories and achievements, as well as highlighting the achievements of highly remarkable LGBTQ people in history, such as Leonardo da Vinci, Hans Christian Andersen, Piotr Chaikovski, Paul Verlain and others we contribute to making the global community friendly and supportive to the LGBTQ-people.

Little by little, in small steps, for the future generations, we are dropping the truth and kindness onto the stone of xenophobia, hatred, and disrespect. Sooner or later we will celebrate the complete destruction of the stone that will leading to equality and non-discrimination of LGBTQ-people all over the world!

Let's stay strong and be diligent and persistent in meeting our goal!   Truth and wisdom are on our side! 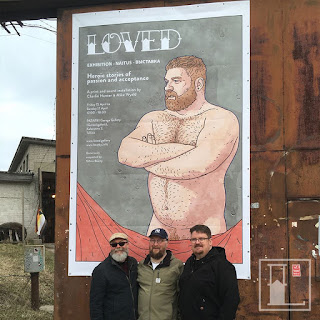 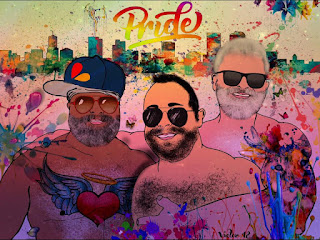