Stockholm --  Presentations, performances, music, song, art, photography and film screenings were part of the 5 days -- October 15-18 and 23  -- of the Stockholm stage of  3rd Nordic Rainbow History & Culture Month - October, 2018 going through Nordic cities and towns on both sides of the Baltic Sea.

At the presentations, Australian  Ambassador  Jonathon Kenna described the advances of LGBT rights in his country, including the recent referendum and law reform legalizing same-sex marriages. He also commented on Australia's decisions to grant asylum to LGBT people persecuted in their home countries because of their sexual orientation.

The Canadian Embassy's political counselor, Eric Petersson, spoke about the LGBT struggle in his country and presented a detailed written report of the history of LGBT culture workers -- both native Canadians and immigrants -- in the fields of art, sculpture, music, literature and film making -- adding that "queer artists have played an integral role in the movement for LGBT rights in Canada and continue to challenge not only homophobia but also colonialism, rascism and sexism."

Sidnimax,  a gay refugee from Belarus, commented on the increasinly tough homophobic regime in this the last dictatorhip of Eastern Europe  while Sweden's Anna-Maria Sörberg, author/journalist commenting on the role of LGBT journalism and the fears that nationalism and populism could use the LGBT movement for undemocratic gains.

Swedish gay policeman Göran Stanton described the history of the Swedish Gay Police -- which he founded -- and international contacts with police in other countries, plus his continuing work on hate crimes. He added that his next gay police conference will be in Vilnius this November with Lithuanian policemen.

Fecundo Ortiz of the Argentine Embassy spoke about the progress made in the LGBT struggle in his country, including the success of achieving Argentina's  same-sex marriage law -- which he described as being the "most liberal and inclusive in the world."

Victor Adeniran, artist/dancer and new ILGCN cultural ambassador from Colorado, USA, commented on his colorful art work often including black Americans and native Americans as well as his support for the ILGCN.  He also participated in the Stockholm session's LGBT art exhibit at the Gallery Mellanrum in a near-by Stockholm suburb.

John Earhart, head of the Bamses Norweign Bears, commented on the growing importance and visibility of Bear culture and co-operation and exchange with Russia and Ukraine -- part of the 2nd Bears International 4-day Festival included in the 3rd Nordic Month -- and concentrating on Bear culture and co-operation with Eastern Europe.  Written Bear messages of Bear solidarity  from Moscow, Minsk,Tallinn and Kiev were read aloud.

The ILGCN co-secretariat for Eastern Europe in Budapest also sent greetings to the Stockholm stage, emphasizing that the homophobic and anti-immigrant regime in Hungary is increasing its threats against human rights and the LGBT community.  They added that they hope that future ILGCN and Bear cultural festivals will soon come to Budapest.

Another message of support came from Eddy Kalyanga, ILGCN's "Uganda ambassador in exile" living in northern Sweden but still working with  political support and handicraft cultural fundraising for his organizaation, RADO (Rainbow and Diversity Organistion Uganda).  He also aimed sharp criticism at Swedish and other embassies abroad refusing to grant visas to Ugandan LGBT activists and culture workers to come to such events at the 3rd Nordic Month.

Rolf Solheim, Norwegian LGBT activist and veteran of the Norwegian Humanists described his nation's history and progress in the LGBT struggle and the pioneering support of the international Humanist movement for LGBT rights around the world.

Ulf Andersson, editor in chief of Amnesty Press - Sweden, described the LGBT situation in many countries such as the worsening situation in some parts of Africa and the former Soviet Union and the recent success of India's supreme court finally ripping up the colonial, British-instituted ban on homosexuality.  He also reiterated his determination to continue to give ample coverage of LGBT issues in his publication.

Songs and music were provided by Sweden's Elise Johansson, Peter "Xeller8" Fröberg, Jan Hammarlund. Poetry of Tommy Åberg, Sweden and, international LGBT poetry from Iran, Greece, Finland, France, China, Spain, USA and the U.K..
Art and photography was displayed from the ILGCN/Tupilak international exhibition with works from over 50 countries.

Films screened included  "LGBT Monuments" by Swedish/Austrian Willi Reichhold who has been adding new photos of the growing number of such monuments around the world,"  "Narcissus" -- a ballet film by award-winning, gay Canadian director, Normal Mclaren and "Frans & Hans" with music and song by Jan Hammarlund and actor Robert Fux and drawings by Bitte Andersson about two Swedish gay lovers of the turn of last century, imprisoned for their homosexuality. 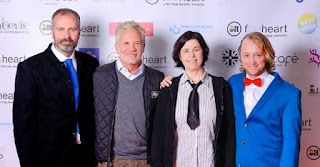 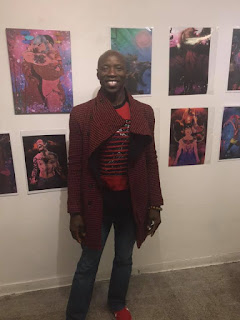 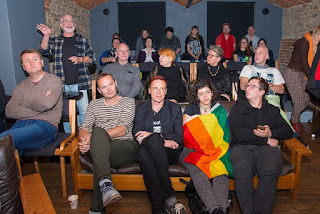 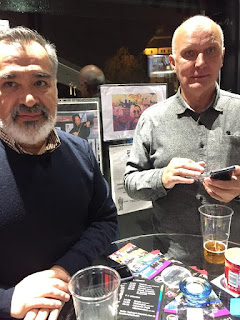 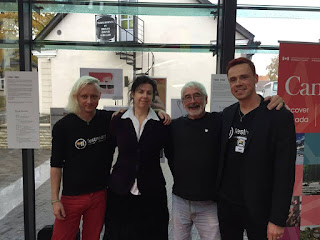 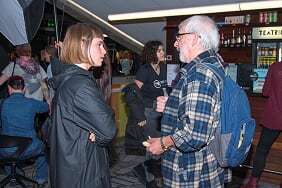